Is Technology Bad for Kids? 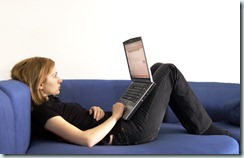 An experiment in a classroom of Chicago sixth graders raises an interesting question–should kids really be consuming so much technology?

Inspired by a language arts unit on the “human condition,” one of the students, Kelley Powell, came up with the tech abstinence experiment. Powell’s teacher, Jennifer Coombs, told the Beacon-News, “Kelley e-mailed me with the suggestion that we go technology-free for a week. I asked the rest of the kids what they thought, and it sparked a great deal of enthusiasm. Over 90 percent of my students opted to take part in this.”

The class quickly realized how difficult to would be to eliminate all forms of technology. So Coombs modified the original idea by having her students only be able to use the technology she had access to in 1983–the year she was in sixth grade.  [Should Schools Go Back to 1983 Technology?]

The results were interesting in that the kids realized just how much time was being used up in time wasters and how much they liked doing things that went by the wayside.

But if these Illinois students felt better and also engaged in more creative activities after taking a tech breather, maybe this increased techization of our classrooms isn’t all it’s cracked up to be.

To me, there are three types of Computer/Technology usage.

I would say that the first two are the ones that need boundaries set.  If all you’re doing is gaming, then you’ll find that your time quickly disappears.  If you’re consuming– just surfing the net mindlessly– then you really aren’t doing much either.  Sure, you may gain some trivia and you might learn something, but it’s not like you can’t do that elsewhere.

However, if you’re creating– if you’re writing (blogging, commenting, engaging with people), creating programs, or building your abilities– then I see technology as a help, not a hindrance.

Like most things, technology is morality neutral, it’s a means, a conduit.  It is what we make of it.  If all you’re going to do is Facebook, surf and play games, then you should wean yourself off of those things.

If you’re creating, then the sky is the limit.