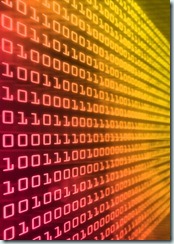 For the uninitiated, Java is a programming language currently owned by Oracle that runs many of the systems that are in use today.  From websites to data processing to the java applet that you run in your browser1, Java is a dominate language and used in many open source projects.  .Net is Microsoft’s response to Java, with its premier language being C#.

While it’s generally understood that the differences in the languages boil down to which libraries you link to, what your IDE is and whether you prefer Windows or Java, there is a constant conversation as to which platform and which language is better.

With that as the background, we find the latest article, 5 Reasons Why Enterprises Prefer Java Over .NET, which is a short article that is pretty amusing read—especially when you get to the comments.

I’ll let you follow the whole conversation there if you’re interested, but the interesting thing about the question in the headline is that I don’t know of many companies that are really switching from one to the other.  While there has been talk for some time about people moving from Windows to Linux on their desktops, or going from .Net to Java, what I’ve found is that “shops” typically stay with what they are comfortable with.  Those that have a lot of programmers that know one language or another will typically realize that the cost to train and tool up in another language is cost-prohibited based on the actual gain.

And then there are the fanboys that will always show up for a good fight.